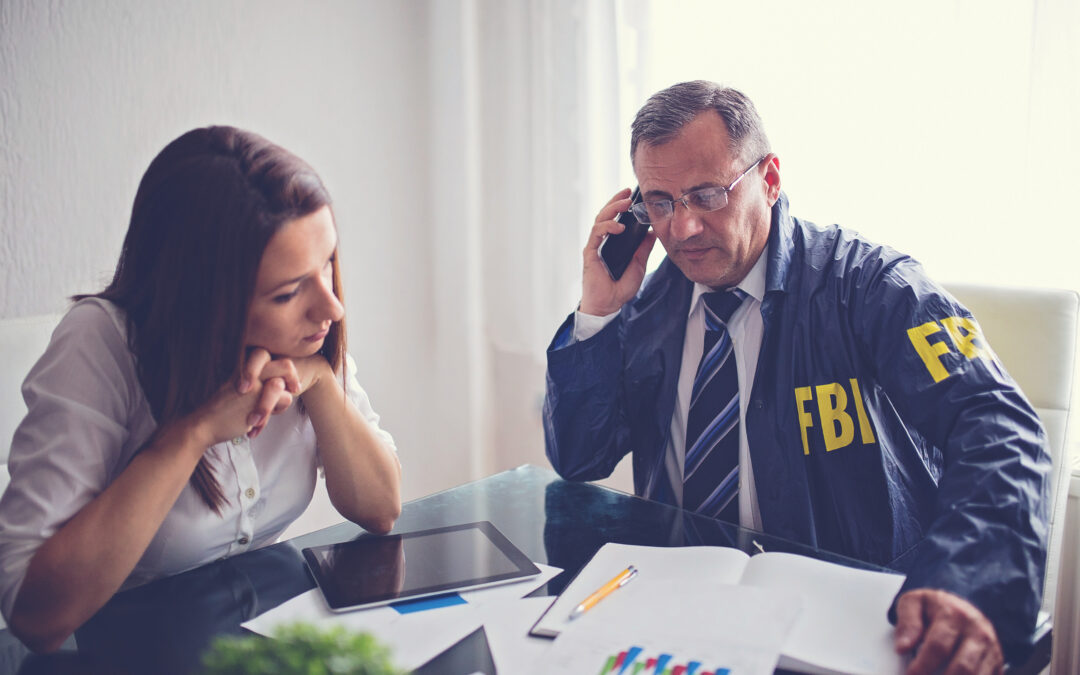 It is not uncommon for employers to conduct an internal investigation when an employee is suspected of breaking workplace rules. In cases of such infractions, the employer may conduct an internal investigation to determine if the allegations against the accused are valid. Because the complainant and the accused could have a strained working or personal relationship, investigators must be uninterested parties and keep the investigation confidential. At the same time, if the infraction is a crime, the police may ultimately be investigating the same matter.

Sometimes inappropriate behavior at work crosses the line into potential criminal conduct.  Particularly in cases of harassment that include allegations of physical and sexual assault or stalking. In those cases, the police might be notified and start their own investigation. The same holds true for matters involving employee theft or fraud.

Certainly, you should engage the police if an employee makes threats or becomes violent. If you are investigating a potentially violent employee, it can also be helpful to engage an expert experienced with investigating violent parties.

At What Point You Should Involve the Police

It may not always be apparent when the best time to notify law enforcement may be in the process of an internal investigation, particularly if there is any confusion about how an incident occurred or even what occurred. Before involving the police, you should consider several factors, including:

If ever in doubt, it is always good practice to seek further guidance or report the matter to the police regardless. Involving the police shows that you are taking the complainant’s allegations against potentially criminal actions seriously.

Employers also have an interest in the fair and consistent enforcement of internal policies and procedures. As a result, the employer may need to draw their own conclusions whether the alleged behavior violated workplace policies in order to decide on the appropriate employment action.

In employment situations, employers can make decisions based on a preponderance of the evidence presented at the time of the investigation. This is a different standard than what is required in the criminal context.  Of course, if the police request that you not interview witnesses or discuss the case then you want to cooperate with the police and manage the employment situation in other ways, like suspending the accused until the outcome of the investigation.

A Case in Point

This delicate balancing act is often demonstrated in the public sphere, such as the many cases related to the #METOO Movement, the Harvey Weinstein case, or more recently, the allegations against New York state Governor Andrew Cuomo.

The case against Cuomo is particularly compelling in this instance because he is accused of engaging in “conduct constituting sexual harassment under federal and New York State law” with a number of current and former state employees. The allegations include engaging in unwelcome and nonconsensual touching, making offensive comments of a sexual nature, and creating a hostile work environment, among other things. Conduct that could have potentially criminal consequences.

Each case is different and varies in complexity. Some are certainly more serious in nature than others when potentially criminal offenses are involved. Regardless of the allegations or participants necessary in a workplace investigation, it is important for the company and the investigating team to remember what their ultimate obligations are and to make efforts to ensure the investigation progresses in a timely, but thorough, manner for all those involved.

If you have additional questions regarding how to navigate law enforcement involvement during a workplace investigation, contact Ablin Law by filling out our online contact form or by calling 312.288.2012.