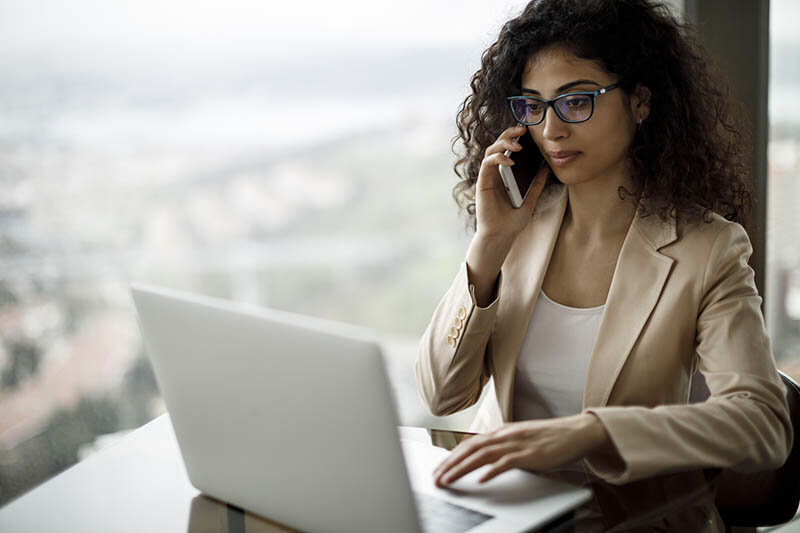 If a client’s employee has alleged workplace harassment, discrimination, or misconduct, the investigation needs to start as quickly as possible. If you wait too long, people’s memories of what happened can become more unreliable, and witnesses may no longer be available. EEOC guidance on harassment specifically requires that investigations be “prompt” and that if “a fact-finding investigation is necessary, it should be launched immediately.”

But what happens if you are practicing social distancing because of the Coronavirus (COVID-19)? In that case, you should still conduct any pending workplace investigations if you can, instead of putting them off until after the crisis has passed. You can do this effectively and efficiently by using phone and video interviews instead of interviewing people in person.

Sometimes attorneys hesitate to conduct interviews by phone or video because they think they will miss out on important cues about credibility, which they think they can get only from observing a witness in person. The legal system has traditionally given great weight to demeanor evidence. It was taken for granted that non-verbal cues, such as tone of voice, gestures, posture, fidgeting, facial expressions, directness or evasiveness of gaze, and overall manner were key indicators of whether a witness was lying or telling the truth. However, research shows that demeanor evidence is not as crucial for assessing credibility as is commonly believed.

You still have access to some non-verbal cues in interviews that do take place via phone or video. During phone interviews, you can observe cues such as tone of voice, changes in pitch and speed, hesitations, and verbal tics. Video interviews give you access to the same voice cues as well as facial expressions, even if those may not be as clear as they would be during in-person interviews. So how much of a disadvantage is it to have this partial access to demeanor evidence?

Demeanor Evidence May Be Unreliable

Social science research shows that demeanor evidence may be overrated. Most people are not especially skilled in drawing accurate conclusions from other people’s demeanor — even though they think they are. People tend to be overconfident of their ability to “read” other people’s non-verbal cues. The research shows that people’s ability to detect lying is often not as good as they believe it to be.

Those who have the most experience in assessing credibility often have a healthy skepticism about making judgments by relying solely on demeanor. A survey of ALJs found that 91% of the ALJs considered demeanor evidence to be only one factor of many that they used to assess credibility, and 67% said it was not the most important factor.

The surveyed ALJs relied on other types of evidence. Almost all (97%) said that prior inconsistent statements were important indicators of credibility. The other top-rated indicators were implausibility of testimony (96%), plausibility of testimony (94%), and existence of facts that were testified to (93%). All of these would be available to investigators conducting interviews by phone or video.

Because non-verbal cues are not crucial for making good judgments about credibility, you shouldn’t let the partial lack of those cues stop you from using phone or video interviews. You can use judgments about the testimony itself, rather than the manner in which it was delivered, to gauge truthfulness. This is especially true in the employment context, where an investigator’s conclusions don’t need to be made with complete certainty. They only have to show that alleged events were more likely than not to have occurred or not to have occurred.

Combine this with the pressing need for prompt workplace investigations, and it is clear that phone and video interviews provide a good solution during times when in-person interviews are not possible. If you are in an area that mandates social distancing because of the Coronavirus, conducting distance interviews is the best choice. If you would like assistance in conducting these investigations, contact us at Ablin Law. We conduct professional, confidential workplace investigations for law firms and employers, and we have the experience and knowledge needed to quickly adapt to changing circumstances.